Being in Good Relations 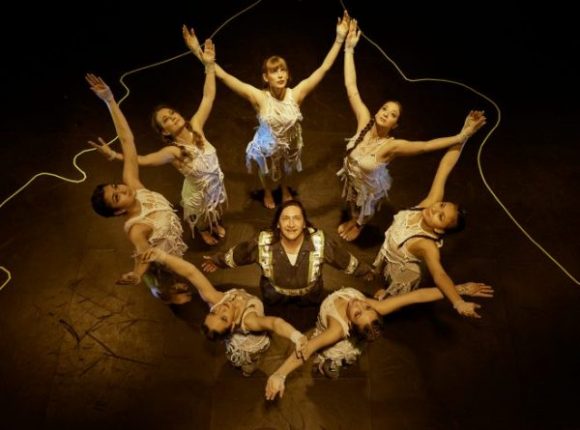 Ama su koł! (Happy New Year! in Sm’algyax) The new year is off to a beautiful start with the birth of a new killer whale calf who was born to Matia (L-77) of the southern resident killer whale clan. This brings the current population of southern resident killer whales up to 75. Welcome news, as last summer, we saw the death of a newborn calf belonging to J-35 or Tahlequah. With great sadness I read about Tahlequah and members of her pod carrying the deceased calf in their mouths for 17 days. To me, this implicit act of mourning was relatable, as I was also grieving the death of my late father. In thinking about Tahlequah’s calf, I was left wondering, could this death have been prevented? By whom? More importantly, how will such tragedies be prevented in the future? How can we care for our relations in the water?

My questions and interest in the killer whale are very much informed by my identity as an Indigenous woman. I am Ts’msyen on my mother’s side from Lax Kw’alaams in Northern British Columbia. On my father’s side I am Dene and Métis from Łutselk’e in the Northwest Territories. Raised by my mother, Sandra Gray, I have taken up the responsibilities of following Ts’msyen ayaawk (laws). Following Ts’myen ayaawk, it is important to give thanks to those whose land we inhabit, to say who I am, where I come from, and who are my direct relations. This is done in order to indicate to others whether we are of the same wulaaysk (relations).

Up and down the Coast, Indigenous people have a unique relationship with killer whales. Ts’msyen people specifically have a close kinship with killer whales, as their pods’ governance structures are similar to the Ts’msyen. It has been said that parts of our culture were modelled after killer whales, such as our matriarchal system of governance, our communally-oriented society, and that we are hunters. Another part of the Ts’msyen governance structure includes the division of four main clans, including the La_xsgiik (eagle), G_anhada (raven), Laxgyibuu (wolf), and Gisbutwada (killer whale), with subcrests that include the grizzly bear (mediik). Clans or crests represent an intricate and integral part of our identities. They symbolize our relations to other people who belong to the same clan, and to the being itself. For Ts’msyen, the survival of killer whales, or even grizzly bears, is bound by how much we, as humans, are willing to live in wulaaysk with water, fish, non-human, and more than human beings.

My questions go beyond Canadian laws around tanker traffic in Puget Sound and the Department of Fisheries and Oceans’ management of fish and mammals. To look at life in a relational manner means to consider how each and every act is connected to all other acts. Our perspectives must account for an expansive view of the world that recognizes the laws of all living beings, including killer whales, bears, and Indigenous peoples of the land. This is necessary in order to fully protect and live with all beings in wulaaysk. There may be more questions than answers regarding how to be in good relations, such as, what does it mean to be in wulaaysk, or good relations, to place? How can we be in wulaaysk to the laws of the first peoples of this land? What are the laws of killer whales? Most importantly, how can we be in wulaaysk to the killer whale, or even to the grizzly bear?

__
Christina Gray is a legal scholar endeavouring upon her Masters in Law at the University of Victoria. She is Ts’msyen, Dene, and Métis. A non-practicing lawyer, she graduated with Juris Doctor and Art History degrees from the University of British Columbia.